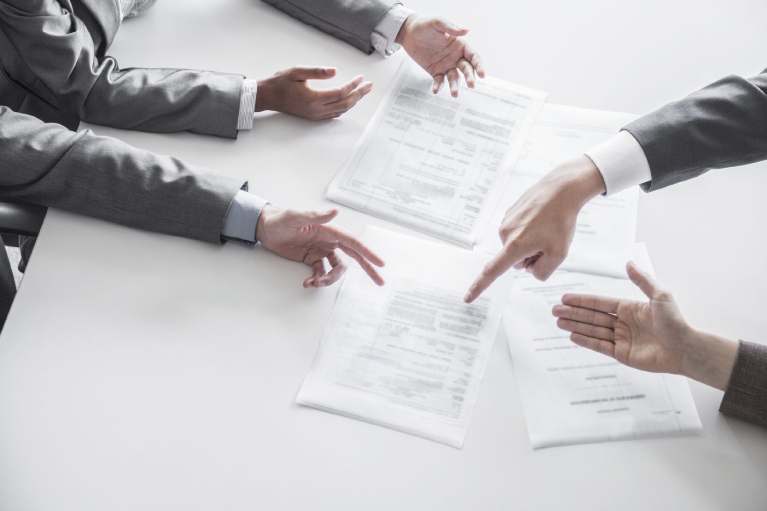 Consult our Lawyers
Considering a Divorce in Singapore? 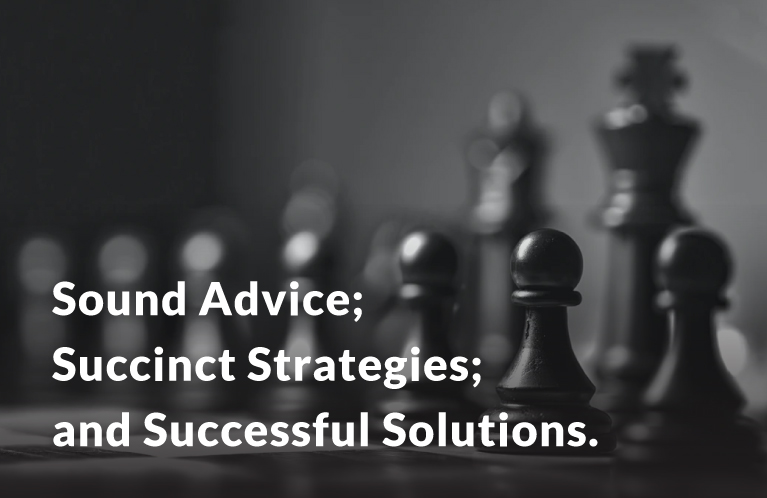 1. What are the legislations governing divorce proceedings in Turkey?

The legislation governing divorce proceedings in Turkey is “Turkish Civil Code numbered 4721” that was accepted on 22.11.2001 and published before the Turkish Official Gazette on 08.12.2001.

B. Divorce Process in Turkey

1. Am I eligible to apply for a Divorce in Turkey?

In order to file for a divorce in Turkey; one spouse must hold Turkish citizenship or if both of spouses are foreigners, they must be living in Turkey.

In accordance with Article 168 of the Turkish Civil Code, if the claimant (either the husband or wife) has an independent residential property in Turkey or has been living with his/her spouse for at least six (6) months before filing for divorce, the case can be filed to the Court where the husband or wife resides or where they have resided together. Any claimant who fulfils these criteria can file for a divorce in Turkey.

2. What are the Grounds for Divorce in Turkey?

Divorce must be based on a specific ground and a Court’s judgment. The grounds for divorce are limited and are specified under Articles 161 to 166 of Turkish Civil Code. Having one ground is sufficient to file for a divorce in Turkey.

There two kinds of divorce grounds in Turkey:

General grounds for divorce include the breakdown of marriage, divorce based on separation and consensual divorce. Special grounds for divorce are based on concrete facts and includes: Mental illness, adultery, cruelty, desertion (for a period exceeding six months), criminal conviction, addiction, and attempt on life, misbehaviour or indignity.

The breakdown of a marriage is the most common ground of divorce in Turkey. Under Turkish law, Turkish Courts will determine the fault party to make a decision for divorce, alimony and compensations.

Under Article 166/3 of the Turkish Civil Code, there is also consensual divorce without any investigation into a party’s fault if the marriage has lasted for at least one (1) year with the application of one party or with joint application. Parties are obliged to be present at the hearing for consensual divorce even if they are presented with their counsels. The Judge is obliged to hear spouses respective positions and evaluate and consider the divorce protocol signed by the parties to announce the divorce.

It must be highlighted that, custody and the personal relations between the child/ren and the non-custodian parent is considered as the public order in Turkey and the Judge can make any change on the protocol if s/he finds it against Turkish public order.

3. What is the Divorce Process in Turkey?

Personal participation is required should the divorce case is or will be held as consensual divorce and the Court is unable to determine if both parties have agreed on divorce with the submitted settlement agreement or if the signature below the agreement belongs to them without their presence.

1. Do expats need to fulfil any requirements to file for a Divorce in Turkey?

If the expat is eligible to file a divorce case in Turkey with the criteria mentioned above, there is no difference than the requirements for any Turkish citizenship.

Under Turkish Law, if the dispute involves a foreign element, the habitual residence will determine the applicable law. The grounds and provisions for divorce and separation are governed by the common national law of the spouses, as provided under Turkish International Private and Procedural Code. If the spouses have different nationalities, the law of the place of their common habitual residence applies. In cases where there is an absence of such residence, Turkish law applies.

“According to Turkish International Private and Procedural Code; the provisions of the divorce will be determined according to the common national law of the spouses. The spouses are German at the time that the case was filed; in order that there is not any conflict to apply German Law for the conflict resolution. The explanation of the conflict belongs to the parties and legal qualification belongs to the Judge (2nd Circuit of Supreme Court, 2016/7438 E. 2016/11110 K. and 06.06.2016 dated decision)

1. What is the overarching principle that guides the Court in making decisions in relation to care arrangements of children in Turkey?

It is accepted that under Turkish civil law, child custody has close links with public order and therefore can only be regulated by the law and not by an agreement made between parents.

The judge will decide on the child’s custody by considering the best interests of the child even if the parties do not request such a decision from the court during the divorce case. The custody rights of a parent begin with the birth of the child without any judgment needed and continue until the child is 18 years old.

If the parties are not married, the custody of the child belongs to the mother. In case of divorce, the judge will entrust custody on one of the spouses as there is only sole custody in Turkish law.

It must be noted that the Courts decide temporary custody during the divorce proceedings and permanent custody after the divorce. While determining the custody, the Court considers the age, the needs, the habits and the relation of the child.

2. Is there a difference between custody, care and control and access in Turkey?

Under Turkish Codes, joint custody is not determined. Therefore, in a divorce, the custody of the child/ren will be granted to one of the spouses and the other spouse will have the personal relation set between him/her and the child/ren.

In accordance with the Article 323 of Turkish Civil Code, both parents have right to request the contact with the child. The spouse who requests contact to the child must ensure that his/her request does not hinder the child’s development or education and the best interest of the child must be considered.

3. Who does the child usually reside with post-divorce in Turkey? Is there a preference for a child to reside with the mother in Turkey?

There are no specific grounds to determine custody and each case is considered individually. The judge will consider several factors, including but not limited to the financial position of the parent, and whether the parent is able to afford the costs associated with custody of the child.

Additionally, in determining what is in the best interests of the child, the jobs, salaries and lifestyles of the parents are important considerations. Turkish Supreme Court made a decision on 27.06.2018 with the file numbered 2017/2-3117 E. 2018/1278 K. stating the child who has the cognition must provide his/her opinion on the custody since this subject has direct link with the child. The Court accepted to ask the child’s opinion and to provide him/her an area to share his/her opinions with their reasons and to apply the choice if it does not have any conflict with the best interest of the child. With this decision, it is accepted that 8 years old child has cognition and his/her opinion can be asked. The mother is typically be given custody of an infant child as the child is dependent on his mother’s care, love and compassion.

4. Are there any major child-issues that both father and mother have to discuss and come to an agreement post-divorce in Turkey? Or does the parent who resides with the child make all the decision in Turkey?

The parent granted custody rights makes all the decisions in relation to the child. However, if any decision made by the custodian parent conflicts with the best interest of the child and/or prevents the personal relation between the parent who does not have any custody, the parent can request the Turkish Family Courts to make a decision.

5. Who needs to contribute to child maintenance in Turkey? Is there an obligation on both parents in Turkey?

Child maintenance, also known as child support in Turkey can be requested by the party who has the child’s custody. Any decision regarding to child support shall be made without any consideration of fault of the parties. The age, the living conditions, the expenses and the life style of the child and the financial and social conditions of the both spouses will be considered while determining the child support.

It must be stated that temporary child support can be also requested during the divorce proceedings; the court will decide the amount with the consideration of the financial and economic situation of the parties and can make a judgment regarding the permanent child support in the final decision.

The temporary child support usually is determined after receiving the financial and social conditions of the parties and the expert report.

Under Article 327 of Turkish Civil Code, all of the child’s expenses regarding the development and the education must be covered by both parties.

6. What are the factors the Court take into account when deciding the amount for child maintenance in Turkey?

Under Turkish Law, there is no standard template for calculating child maintenance. Financial situations of parents, child’s needs and age must be considered by the Court while determining the amount of the child support. It is possible to determine the temporary child support during the divorce proceedings and request to continue for permanent child support after finalisation of divorce proceedings.

The Court will determine the types of assets to be included in the division of matrimonial property (that is, assets considered as personal assets and assets which are not). In this context, any personal belongings and/or assets gained by way of a gift or any compensation awarded for pain and suffering are considered personal assets. These assets will not be included in the division of assets and the court must use an expert’s opinion in determining the value of the assets.

3. What are the factors the Court take into account in dividing matrimonial assets in Turkey?

The Court will evaluate the contributions of the spouses to the marital property and to their marriage.

1. In what circumstances does the Court order a spouse to pay maintenance to his spouse/ ex-spouse in Turkey?

Either spouse can request alimony for themselves besides child support. However, the Court may only make an award for maintenance on the request of a party who is faultless or has less fault than the other party as determined by the Court.

If the spouse claiming maintenance is at more at fault than the other spouse, the request for maintenance will be rejected even if the spouse will be in need after the divorce. It must be highlighted that temporary alimony can also be requested during the divorce proceedings. The alimony will last if the spouse who receives the alimony marries to another or in case of the death of one spouse.

2. What is the overarching principle that guides the Court for spousal maintenance in Turkey?

The Court will be guided by the fault of which spouse that has resulted in the divorce and the financial needs of the spouse who requests the spousal maintenance.

3. What are the factors the Court take into account when deciding the amount for spousal maintenance in Turkey?

The Court will decide the amount with by considering parties financial and economic situation and may make a judgment regarding permanent alimony with a final decision. It is important to maintain parties living standards during their marriage.

4. How does the Court facilitate the payment of spousal maintenance in acrimonious cases in Turkey?